You can use an IOT relay to automatically control power to your router, vacuum, lighting, or other AC power systems when you have a job running. The setup process consists of:

This IOT setup method is written for the LongBoard controller and was inspired by the work of Max C., Mark D. and other LongMill community members! If you’d like to see Max’ full original document, you can download it here: IOT Relay.doc 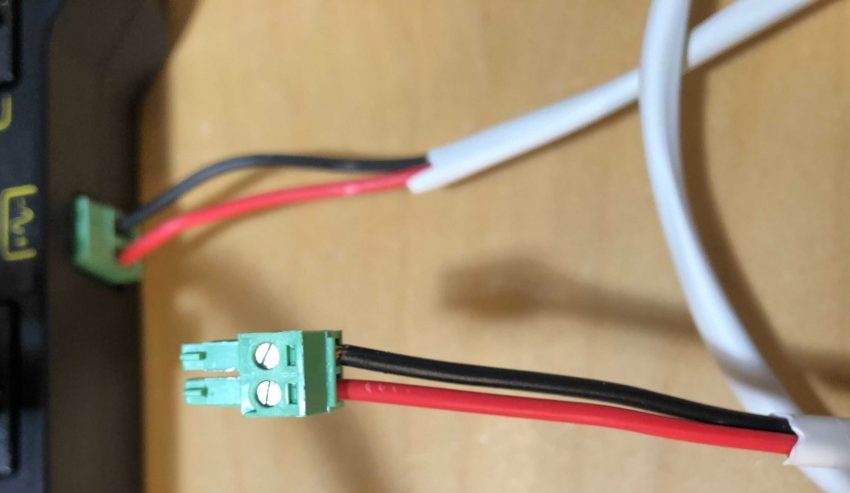 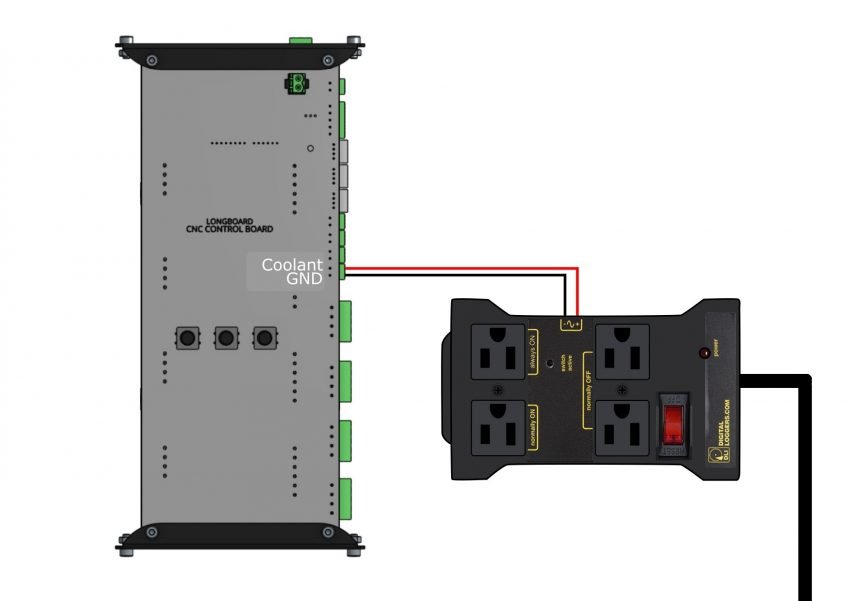 Now’s a good time to quickly verify that everything has been hooked up correctly. To test the relay, we’ll be connecting to our LongMill via a g-code sender such as gSender, UGS, or CNCjs like we normally would and keep an eye on the red “power” light on the relay. Whichever sender you use you’ll want to find the “Console” input area (shown by a red box), and type the following text: 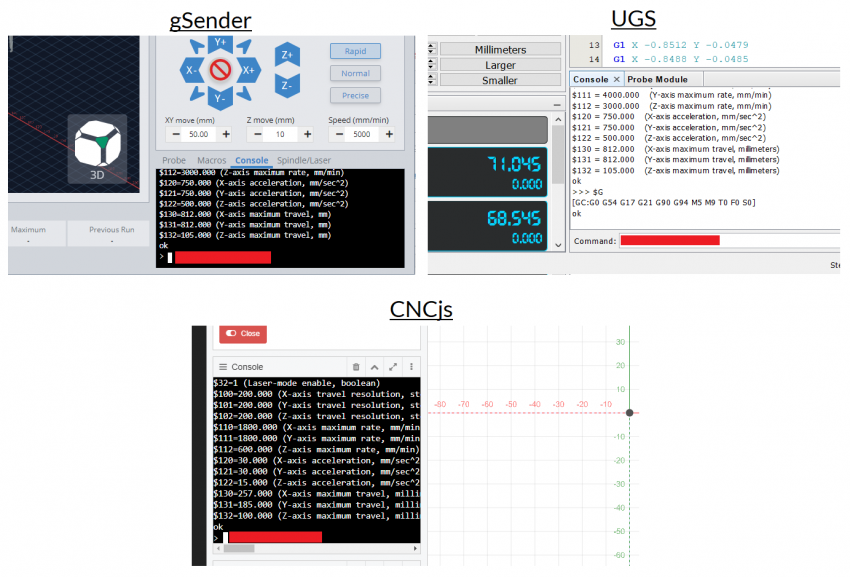 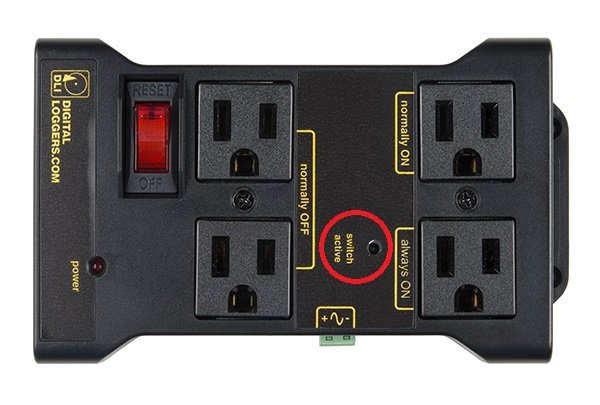 If you’re not seeing the results you expect, double-check you’ve got your wires running correctly and the connectors are plugged in all the way to the relay and the LongBoard.

If everything is behaving as expected, you’ll now be able to test with the relay controlling whatever peripheral you’re planning on hooking up (vacuum, router, etc.). Note that the IOT relay is built to handle 0-8A with 18AWG power cords and 0-12A with 16AWG cord. 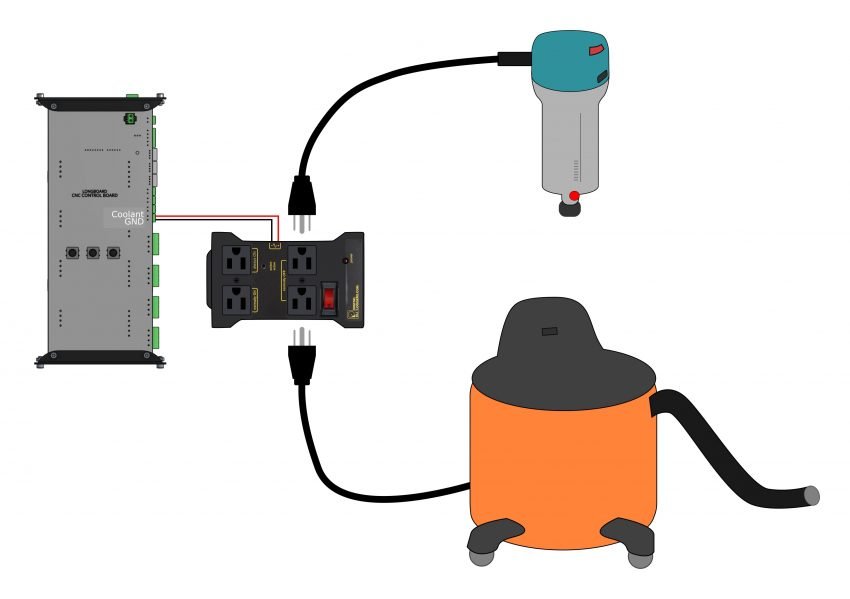 With everything working correctly, we now need to make sure these M8 and M9 g-code commands exist within your job files to signal the IOT relay on at the start of a job and off at the end.

The easiest way to do this is to manually insert this code yourself. To do this, open your g-code in a text editor such as Notepad and:

Manual replacement can get old quick, so other methods exist to automate this process every time. Firstly, some CAM programs will allow you to ‘inject’ whatever g-code you’d like before and after (referred to as the “header” and “footer” of the g-code) the main code, for example Kiri:Moto or Fusion360. If you set up your CAM program to put M8 in the header and M9 in the footer then those commands will now always be there for any project you design and output into g-code.

Another option if you’re using gSender or CNCjs is to set up custom ‘Events’ that will run the M8 and M9 commands for you for any g-code file that you run:

In gSender there’s a specialized area for this that you’ll find in your settings called “Start/Stop G-code” where you can type in the M8 in the ‘Program Start’ box and M9 in the ‘Program Stop’ box. Ensure these are both enabled and then they’ll run anytime you run a g-code file in gSender.

You can read more about this feature here: https://resources.sienci.com/view/gs-additional-features/#startstop-g-code

This will now ‘inject’ the M8 command at the start of any g-code file and an M9 at the end. It applies to every file you run unless you disable them.

With your relay hooked up, you’ve now got a pretty serious CNC setup! Go out and leverage this new-found power to make great things and remember to stay safe 🙂

We’ve occasionally heard of a situation where after the relay is wired up it can be enabled and disabled via the M8 and M9 commands but then when a file is run with M8 and M9 the program doesn’t run and the CNC just sits motionless. We’re still not fully certain on what the cause of this problem is but we’ve heard from LMers that increasing the gauge of wire going from the LongBoard to the relay, decreasing the distance between the LongBoard and the relay, and using a circuit breaker for the relay that’s separate from the LongMill itself are all options that have previously remedied the issue.